Livestock auctions have a long history in the United States' cattle industry. Ranchers bring their animals to a regional sale barn where they look to get top dollar from buyers. And at the center of it all is the auctioneer. Over time auctioneering turned competitive. Here’s the story of one auction chanter from Dillon, Montana who’s heading to the world championship event.

Steve Goedert is firing off prices from an auction block at the Montana Livestock Auction just outside of Butte. He’s wearing a sharp suit and dark brown cowboy hat. In front of him is a crowd of cattle owners and buyers sitting in stadium-style seating around the auction ring. Cattle are brought out one at a time through a double-door entrance.

The animals are paraded around an elevated booth where Goedert sits in front of a microphone chanting the bid. His job is to get the most money possible for an animal. Buyers size up the animal’s age, size, and health.

“Anytime that you're selling cattle, you're working for the producers,” Goedert says. “That is a very integral part of production agriculture. You see these ranchers — especially in southwestern Montana — it’s difficult, it is a year-round job. And it is up to an auctioneer to get every single dollar that is possible to help their livelihood.”

It takes speed, stamina and livestock savvy when it comes to auctioning cattle. And Goedert is one of the best in the country. To get to the championships, an auctioneer has to place in the top 10 at a regional qualifying event. Goedert was one of 31 semifinalists in North America and is the only Montanan heading to the world championship.

“This will be my fourth year qualifying for the semifinals. I was fortunate enough to make the finals the last three years. So, I’m excited about this year. It's a labor of love, and it's a passion that you have to have.”

At the World Livestock Auctioneer Championship, Goedert and others will be judged on their chant’s clarity, rhythm and voice control. They’re also scored on their body language, professionalism and execution of a successful sale.

While auctioneers are known for their fast talking, there's much more to the art of auctioneering than speed. John Peck is a rancher from Melrose, a small community about halfway between Butte and Dillon. He says a good auctioneer can establish the value of a product.

The cattle industry is big business here in Beaverhead County. It produces the most cattle and calves of any county in Montana. Beaverhead County in 2018 ranked fifth in the nation of beef cow inventory.

Blake Nuffer owns the Montana Livestock Auction. He says when it comes to selling cows, Goedert stands out for his knowledge of the market and for the way he handles both buyers and producers across the ring.

“What makes a good auctioneer?” Nuffer says. “I think his voice, his chant, the way he communicates with the crowd, his personality, the way he can look across the crowd and read them and know where to go and where to be.”

In 2018, Goedert was named a rookie and made it to the semifinals of the World Livestock Auctioneer Championship. A year later, he won Montana’s bid-calling competition. He says he loves everything about the cattle industry, although he didn’t grow up in a ranching family.

“My dad was a fourth-generation optometrist, and we lived in a small ranching community in Northern California, where I grew up at. I just always had a passion for the cowboy way of life; it has a lot of appeal. And we had a sale barn and I'd go there regularly. And just seeing that, it was just, the smells, the sounds, that everything about it had a real allure for me,” Goedert says.

Goedert will look to turn that love of the industry into a championship win this summer at the competition in Indiana in June. 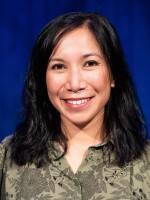