Wildlife Managers On The Lookout For Grizzlies In The Bitterroot

Wildlife managers in the Bitterroot Ecosystem are stepping up their efforts to document the presence of grizzly bears there. This, as bear populations around Yellowstone and Glacier National parks appear to be spreading to new areas.

In 2000, The USFWS approved a plan to reintroduce an "experimental non-essential" population of grizzlies to the Bitterroot. In 2001 that plan was halted by Secretary of Interior Gale Norton, meaning if grizzlies were going to inhabit the Bitterroot, they would have to migrate in naturally.*

At a meeting of the Interagency Grizzly Bear Committee in Missoula Tuesday, Kimberly Nelson with the Salmon-Challis National Forest reported on managers’ efforts to document evidence of grizzlies in the Bitterroot.

“We’ve deployed 120 remote cameras in the North Fork of the Lochsa, and then the Idaho Fish and Game is also collecting hair samples,” Nelson said.

Nelson told the committee that places with credible grizzly sightings like the Ninemile and the Lower Clark Fork will be a prioritized for data gathering over the next 5 years. She said that data could be incorporated into upcoming travel plan revisions underway in some of the national forests in the ecosystem.

An estimated 1,200 grizzlies live in and around Glacier Park in the Northern Rockies; and the Yellowstone area is believed to be home to more than 700 grizzlies. The Bitterroot Ecosystem straddles the Montana-Idaho border and points west, and includes the Selway-Bitterroot and Frank Church River of No Return Wildernesses. A grizzly was mistakenly killed in the Bitterroot by a black bear hunter in 2007. There have been sporadic reports of grizzlies there, but the Bitterroot has no established population, according the U.S. Fish and Wildlife Service.

*Correction: An earlier version of the story included an inaccurate description of the change in course on reintroduction in the Bitterroot Ecosystem. We regret the error. 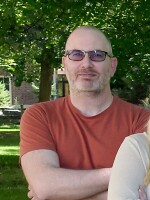 Josh Burnham
Josh Burnham is MTPR's digital editor. He works on the news team and as a content strategist managing the station's website, podcasts, email newsletters and social media.
See stories by Josh Burnham
Get MTPR News In Your Inbox
Subscribe now
Listen on NPR One
Related Content