Michael Marsolek talks with cellist Amit Peled, who performs a benefit recital with pianist Christopher Hahn for the Glacier Symphony and Chorale on Thursday, June 30, 7:30 p.m. at the O’Shaughnessy Center in Whitefish. Peled pays tribute to Pablo Casals ("the grandfather of all cellists," Peled calls him), performing on the 1733 Goffriller cello owned and played by Casals himself for 60 years.

Peled describes his first encounter with the Casals cello:

"I met Mrs Marta Casals Istomin and the historic 1733 Matteo Goffriller cello of her late husband, Pablo Casals in 2012. The idea of seeing that instrument up close was hard for me to grasp. How could I, a simple man, son of farmers from a tiny kibbutz in Israel, hold now the instrument that helped Casals redefine cello history?

This cello made the journey with the maestro from Spain into world fame. All the major recordings of Casals were created with this instrument, and so many musicians have grown up, and been shaped musically, listening to that sound. There were simply no words!

I was shaking when the door was opened and Marta handed the case to me. Should I open it myself? What if it breaks when I touch it? The cello was calmly asleep when I took it over, as if an old man was peacefully enjoying a deep rest. Moreover, I couldn’t resist the strong smell of Casals’s famous pipe emerging from the cello as I settled down to play the first notes."

The program will offer a glimpse into the sort of concert fare that a world-class cellist would have presented in the early-to-mid-20th century, and will include a variety of pieces for cello and piano. "The way Casals constructed his programs was a little bit like a good meal. There was an apéritif, a main course, and then dessert. This is instead of what we do today, which I believe is a big mistake: we share with the public three big courses." 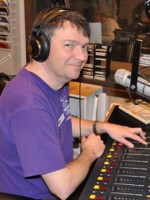