It will be my indirect tribute of sorts to former longtime Monday Freeforms host William Marcus. I admired William’s ability to sustain a mood throughout a five or six song set, which he often did to great effect. He would frequently do so while mixing genres and introducing listeners to lesser known artists.

Monday’s program will focus on contemporary female vocalists – many of whom are also excellent songwriters. My guess is that some may sound familiar to listeners, while others may not.

It is my hope that these songs and performers will 'connect' for people, and that some listeners will become curious enough to want to further explore the work of these artists.

Tune in for Monday Freeforms at 11 a.m. August 16, on your radio or online. 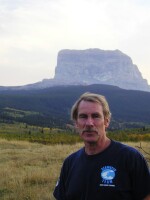