03/15/2015 - The rigid and dogmatic decades-old policy of Washington toward Havana left the U.S. in virtual total isolation internationally. The lopsided UN General Assembly votes condemning the policy made Washington a global laughing stock. Thus, Obama’s December 2014 announcement on re-establishment of diplomatic relations between the two countries came as a relief. The diplomatic move, he said marked “a new chapter” between the U.S. and Cuba. The old chapters were pretty sordid. There was Henry Kissinger who wanted to “smash” and “clobber” Cuba and its “pipsqueak” leader. Or Alexander Haig, another secretary of state threatening, “I'll turn that f***ing island into a parking lot.” Obama did not mention the CIA’s infamous “Operation Mongoose” campaign of terror carried out against Cuba including chemical and biological warfare and the bombing of a Cubana airliner killing all aboard. Apologies and reparations? Return Guantanamo? Fuggedaboutit. 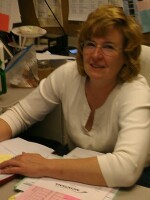