This week’s guest is the one and only J.K. Simmons, Academy Award-winning actor and 1978 graduate of the University Montana. J.K. was recently in Missoula to film The Woods, a thriller he stars in, co-written and produced by his wife, Michelle Schumacher.

J.K.’s reel of film and television credits is long and distinguished, and he currently has two films in theaters: Being the Ricardos and National Champions. In our conversation, we dig into his experiences with Montana by way of family, education and vocation that continue to root him in the Treasure State. 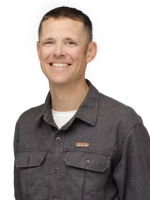 Justin Angle
Host of A New Angle and Fireline podcasts, Justin is a teacher, scholar, story-teller, athlete, husband and father. He’s executed $100 million bond trades, run 100 mile races, published in outlets like The Washington Post, and failed repeatedly to get his two daughters to bed without a battle.
See stories by Justin Angle