Jack Bruce was originally trained as a cellist, but he went on to have a successful career as  a member of “Cream” and as a leader and sideman on numerous rock and jazz recordings.  Chris Squire had no formal musical education but he was one of the founders of “Yes.”   The two them helped to define the bass as a rock ‘n’ roll instrument.  Join Tom Engelmann as he salutes these two aces of bass in another edition of 'Unsung Heroes, Influential but Overlooked Masters of Modern Music. 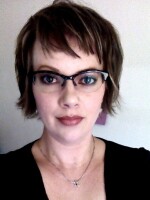