A Prisoner Of War Recounts His Story Of Survival In Vietnam

Shot down in the early days of the Vietnam War, Lt. Commander Denny Moore endured seven and a half years in eight different North Vietnam prisons including three internments in the infamous Hoa Lo - dubbed “The Hanoi Hilton” by the POWs.

Denny Moore has kept his personal story to himself until now.

His experience in captivity was harrowing. He faced solitary confinement, malnutrition, and the threat of beatings and torture. What kept him going were unique ways to endure boredom and the constant expectation of freedom. Five hundred and twenty-five others, including the late Sen. John McCain, shared his fate as POWs in the war.

Music featured in this program:

“For What It’s Worth” by Buffalo Springfield

“We Gotta Get Out This Place” by The Animals

“All Along The Watchtower” performed by Jimi Hendrix

“Where Have All The Flowers Gone?” performed by Joan Baez

“Blowin’ in the Wind” performed by Peter Paul & Mary 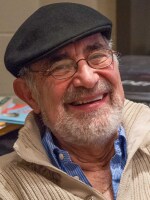 Allen Secher
Allen Secher is the host and producer of the monthly music program You Must Remember This, which airs on Mondays at 7:30 p.m. once a month.
See stories by Allen Secher

Beau Baker
Beau is a former Morning Edition host and producer and engineer for the MTPR program "Capitol Talk." He worked as a reporter, and hosted Freeforms once a month.
See stories by Beau Baker