The first line sets the tone for this lovely story: “Buckley and his mama lived in a small wooden house by the sea. They didn’t have much, but they always had each other.”

Boats for Papa is a story about a young boy longing for his father. It is also the story of how that boy deals with his grief and the ways in which his mother supports his emotional process.

The loss of young Buckley’s father is told from his, and his mother’s, point of view. We don’t know why Buckley's father is not with them, which allows children to interpret the story in whatever way suits their particular situation: maybe Buckley's father is serving overseas in a war; maybe he's gone because of death or divorce.

Near their small house by the sea, Buckley decides to make boats from driftwood and send them out over the water, hoping they will reach his papa. During the course of a year, Buckley sends out many boats. I won’t reveal details from the end of the story, but it is cleverly conceived and written. The development of Buckley's self awareness is subtle and strong and, by the last page, his progression through the stages of grief is obvious and accessible. This story has multiple emotional layers that are easy for adults and children to recognize and discuss.

Through a series of beautiful pen and watercolor illustrations, and a distinct use of words, readers are pulled into an emotionally resonant story. Boats for Papa is recommended for readers ages 4 to 7. I read it to myself before reading it to my children and was instantly brought to tears. My eight-year-old daughter said it was very sad. She didn’t like the story of a boy without a papa, even though she liked the pictures. However, reading the book together led to opportunities for our own conversations, which were difficult, but much needed.

Boats for Papa has the potential to facilitate conversations about family issues in a loving and touching way. I got a few extra hugs from my daughter this week.

Jessixa Bagley is an author and illustrator originally from  Portland, Oregon. She spent many days in her childhood combing the Oregon Coast for the perfect sand dollar. Now, she lives in Seattle,  Washington, with her husband and son in a castle in the sky.

Jessixa's books  include Boats for Papa and Before I Leave.

Olivia Sears is the mother of two daughters and a board operator and deejay at Montana Public Radio.  Her interests and hobbies include reading, writing, cooking, beading, and playing and learning with her children. Some of her family's favorite reading adventures have to do with Winnie the Pooh, Charlotte’s Web, Junie B. Jones, Beatrix Potter, Ramona and Beezus, and anything from David Shannon. Olivia learned a love of reading from her mother and keeps these words from Edmund Wilson in mind when writing her reviews: "No two persons ever read the same book." 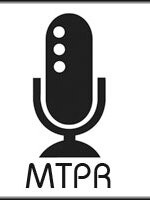 Olivia Sears
Olivia Sears is the mother of two daughters and a board operator and dejee at Montana Public Radio. She also writes children's book reviews for The Write Question blog.
See stories by Olivia Sears
Related Content