Squish is an amoeba, who lives in a world populated by amoebas that is otherwise much like our own. Game On! is the fifth book in the Squish series of graphic novels by Jennifer L. Holm and Matthew Holm (the creators of Babymouse).

In this episode, Squish receives $50 for his birthday which he decides to spend on Super Amoeba and Plant Monster comic books. He makes plans with his dad to attend the Comic Convention (dressed in character as their favorite comic book characters).

When his amoeba friends introduce him to the video game “Mitosis” Squish develops an obsession with the game which mirrors Super Amoeba's obsession with ridding the world of mold. (And then the reader sees the video game screen alternating with pages depicting Squish eating, sleeping and breathing "Mitosis".)

When Super Amoeba finally comes to his senses, so does Squish, only to find that he has neglected his homework and got a D on his book report. Lucky for Squish, his teacher is also a fan of comic books and allows him to make up the grade by creating a comic book version of Moby Dick, so Squish is able to attend the Comic Convention with his father with a clear conscience.

While the authors' play with point-of-view is clever (and their side comments, written in arrows throughout the book are amusing) this story is thin on plot. It's a comic book about reading comic books and playing video games. And while graphic novels can be a great way to entice reluctant readers into books, this one doesn't provide much substance. Nonetheless, it will likely find an audience in upper-elementary school boys who may relate to Squish's interests and obsessions, and will be able to follow the story, even with a short attention span.

Renée Vaillancourt McGrath has worked at Montana Public Radio as a program host since 2002. Her background is in librarianship and she currently works as a freelance editor, blogger, and website developer. Check out more of her book reviews at reneesreads.com. 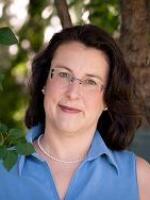 Renee McGrath
Renee McGrath is the Sunday morning program host on Montana Public Radio and is a rotating host for Morning Classics. She writes children's and young adult book reviews for The Write Question blog every Tuesday, and also helps out in the Development Office and with web site editing when needed.
See stories by Renee McGrath
Related Content