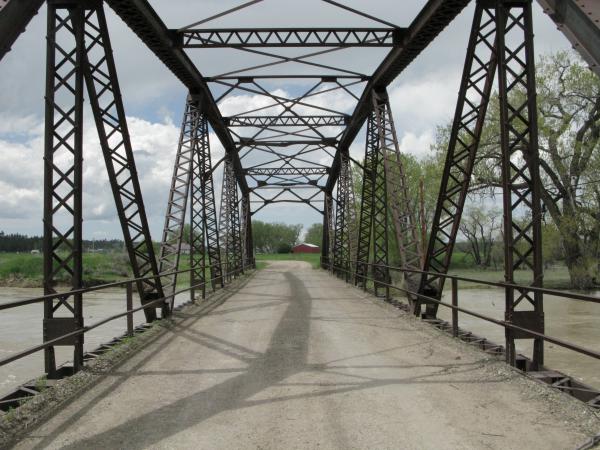 When it comes to infrastructure at the Montana Legislature even a simple matter over whether there were negotiations on the topic is up for dispute.

“We had members of both caucuses in both the House and Senate, so all 4 caucuses at the the table, talking about how an we get to a compromise on infrastructure,” said House Minority Leader Jenny Eck, D-Helena. She said leaders have been talking since the session convened in January.

“We have not been in negotiations with the Democrats,” said House Speaker Pro Tem Greg Hertz, R-Polson. He said the Republican House leadership has only been talking with its caucus members about what they would support to pass an infrastructure bill.

The Republican majority in the legislature is abandoning the Bullock Administration's infrastructure proposal. Lawmakers instead are working on alternative bonding bills.

An aide for the House Democrats did not know if Hertz was part of those meetings and despite being asked who was at the table, he did not immediately provide names other than pointing to Eck and Senate Minority Leader Jon Sesso, D-Butte. 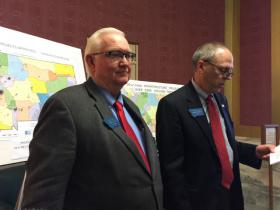 This latest disagreement over public works funding came on the day Republican Representatives Greg Hertz and Mike Cuffe, R-Eureka, announced they have a new bonding bill ready. It seeks to issue just over $30 million dollars in bonds to pay for water, sewer, road, and school projects across the state.

It does not include what the Democratic leaders said had been agreed upon during their meetings. Sesso said that includes bonding for renovating Romney Hall into more classroom space at Montana State University, a bridge loan to start construction of a new veteran’s home in Butte, and funding for buildings at both MSU-Billings and Great Falls College of Technology.

“I thought we were making some progress, but it turns out they decided to put their ideology, their own definition of infrastructure ahead of what could be a consensus definition that could work for all Montanans,” Sesso said. “And that’s disappointing.” 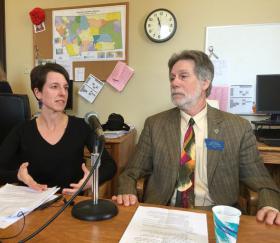 Sesso said apparently the dispute is no longer whether to pay for projects with cash or bonds. Republican’s definition of what is infrastructure has changed.

“They have made this clear last night that their interpretation about what infrastructure is. Which is apparently just water and sewer projects at the local level,” said Sesso.

“In their communities,” added Eck.

“With this false sense of belief,” continued Sesso. “That they can pass an infrastructure bill with bonding on their own without working across the state.”

It was a reference to adding in projects to get votes.  In particular, those large capital projects like Romney.

Speaker Pro Tem Greg Hertz denied the big ticket building projects were ever intended to be a part of House Bill 645.

“We’ve been in process of drafting this bill,” Hertz said.

“The version that you see is the version that we ended up with. When you start down the drafting proposal and road there are a lot of things that start out in a bill. And that was never the intention,” He said. “We were just drafting a bill and try to get the language correct and plug the projects in.”

Hertz requested the bill draft. It will be carried by Cuffe.

A Democratic aid provided a copy to YPR of the bill draft that they were working off in their meetings that included the large building projects, like Romney. Those projects were “x’d” out and not included in House Bill 645 as it was introduced Wednesday. If it gets to the full House for debate it will need 67 votes to pass because of the bonding component. Republicans have 59 votes.

“As this bill currently stands they do not have the Democratic caucus. That much I can say,” said Eck.

In the Senate, there’s a bill ready for introduction that according to Sesso better reflects the meetings between legislative leaders. Senate Bill 367 is sponsored by Republican Senator Eric Moore of Miles City.

The House Appropriations committee unanimously approved a bill to pay for some capital improvement projects for numerous state facilities.  The committee’s action came after several lawmakers criticized building projects at the University of Montana.

House Bill 5 includes a myriad of projects, including for several life/safety repairs and maintenance at state facilities. The committee approved an amendment to give the Montana University System the authority to spend money raised privately by some of the campuses.

State lawmakers and Governor Bullock have ended a stalemate over nominees for Montana's next Commissioner of Political Practices. The handshake agreement was reached outside the public hearing process.

Republican Senate President Scott Sales and Democrat Steve Bullock met in the governor's office a little before noon on Wednesday and reached an agreement on a list of nominees to replace Jonathan Motl as Commissioner of Political Practices.

Nearly a dozen brewers testified at the Montana Legislature today on a bill that would raise a small brewery's production cap six fold.

Matt Leow with the Montana Brewers Association says raising the 10,000 barrel limit for small operations to 60,000 would unleash potential for Montana brewers.

Montana's Historical Society has been asking state lawmakers for help to build a new building for years. In the last legislative session it narrowly missed getting the okay to issue bonds for construction. Now, a Republican lawmaker is proposing it sell off parts of its collection to pay for a new museum.

As state lawmakers debate larger budget and infrastructure bills, Billings Representative Dennis Lenz is proposing letting the Historical Society sell art and other objects to generate up to $50 million for construction: