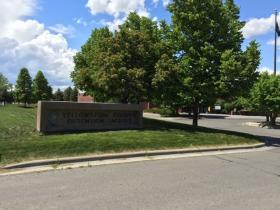 Local government officials said the state is unfairly shifting the cost of housing the state’s prisoners to their taxpayers.  They are asking lawmakers to restore the payments to the actual costs

The root of the problem, said Flathead County Sheriff Chuck Curry is the sheer number of state inmates.

“We don’t want them,” Curry said. “We’re trying to get rid of the state prisoners and that’s the issue. They’re committing crimes in our communities. They’re getting sentenced. They’re becoming the fiscal responsibility of the Department of Corrections and they won’t take ‘em because they have nowhere to put them.”

The rub for local officials is 2015 Legislature toward the end of the session reduced the reimbursement rate for state prisoners from the actual costs to $69 a day. There’s the ability to go to just over $73 now if there aren’t enough beds available. What House Bill 230 seeks to fix – the reimbursement component. 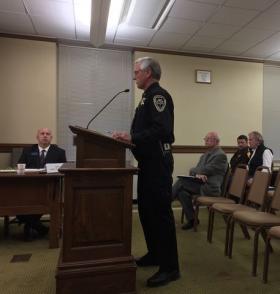 Still the bill doesn’t address the sheer number of inmates. Yellowstone County Sheriff Mike Linder, like some of his counterparts, are struggling to house the state’s prisoners.

“My jail was built originally to hold 174 people,” said Linder. “With some additions and added beds and a dormitory it how designed to hold 286. Last month we topped 500 for about the 3rd or 4th time in the last 6 months.”

Linder said Yellowstone County accepts state prisoners even though it contributes to the current overcrowding. He said the costs are shifted to local property taxpayers and the locals who would otherwise be in jail aren’t.

Yellowstone and Lewis and Clark county officials added their voters said no to raising their property taxes to pay to expand or build new jails.

The cost shift is why Gallatin County Commissioner Steve White said they closed the door on the state, even though technically there’s room.

“If we’re not going to get what is needed to take care of those inmates, and we do want to help the state, we do want to participate,” said White. “But it’s our decision as a county whether or not we’re going to do that.”

White said Gallatin County does hold state prisoners that come from the county.

The House Judiciary Committee did not immediately vote on this bill. Because of the expected cost, this bill will also have to go before the Appropriations Committees. Their charge is to try to hold down state expenditures in the face of expected declining revenues.