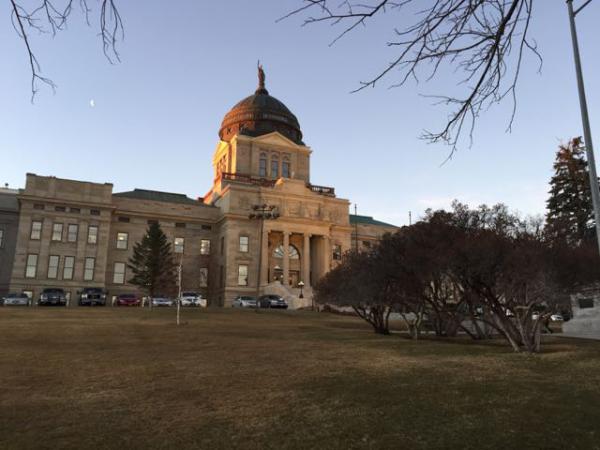 Montana Legislators are considering a temporary increase in lodging and car rental taxes to preserve some government services slated to be cut to address Montana’s projected $227 million budget shortfall. It's part of a 3-prong approach sought by Governor Steve Bullock that also includes budget cuts and fund transfers during the special Legislative Session that officially convenes Tuesday.

Senator Dick Barrett is the sponsor of Senate Bill 6. As drafted, the bill would double the lodging tax from 3% to 6% and raise the tax on rental vehicles from 4% to 10%.  The Democrat from Missoula says these taxes were selected by the Bullock Administration in an attempt to lessen the tax impact on Montanans.

"And it does that by first of all imposing a tax largely paid by non-residents, non-resident travelers," he says.

Home health care workers from across the state were among those who lined up before a joint meeting of the House and Senate Taxation Committees to speak in support of SB 6. They say this bill would help keep seniors living independently in their homes. It's projected to raise nearly $21 million in new money.

Opponents, however, say it is unfair to target lodging and rental vehicles. They say it would hit Montanans  when they travel to sporting events, concerts, and for business. Brad Griffin, president of the Montana Retail Association, says this bill ignores the new and growing on-line economy.

"The new economy has to pay their fair share and that includes Airbnb," he says. "But they absolutely need to be paying their fair share. Likewise with Uber and all the on-line services."

Griffin says the state’s tax system needs to keep up with this shift. 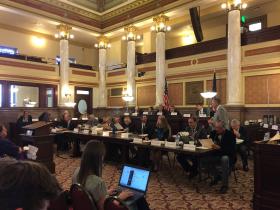 Members of the joint Taxation Committees asked Montana Department of Revenue Director Mike Kadas why the agency isn’t taxing these entities. Kadas says that may come up during this special session.

"In fact the governor did expand the call earlier today to allow us to introduce a bill that would clearly apply the full 7% to on-line travel companies so I am hopeful that would be introduced sometime today," he says.

Other opponents included the Montana Taxpayers Association and the Montana Chamber of Commerce. Some who spoke against the bill said they might support a smaller tax increase levied against lodging and rental vehicles.

Lawmakers did not take immediate action on Senate Bill 6 Monday and plan to reconvene Tuesday morning. Both the House and Senate are scheduled to convene in full session Tuesday.

Montana lawmakers returned to Helena Monday to begin a special legislative session aimed at addressing the state's $227 million budget deficit. The governor has proposed filling the budget gap with a combination of cuts to state agencies and tax increases. But Republicans, who control both houses of the Legislature, have different plans.

The special session of the Montana Legislature got underway with lawmakers still at odds with the Bullock Administration on how to deal with the projected $227 million budget shortfall. One sticking point remains over a proposal to accept $30 million in exchange for extending the contract for a private prison in Shelby another 10 years should be part of the mix.

As the Montana Legislature faces down a $227 million budget shortfall, the state’s university system could see some steep budget cuts.

Shelby prison deal could be Bullock’s “one exit”

As state lawmakers lay the groundwork for a special legislative session to tackle Montana’s $227 budget shortfall, the proposed GOP deal for how to plug the gap is coming into focus.

At the same time, two independent sources have confirmed to the Montana Free Press that Gov. Steve Bullock, a Democrat, in “in talks” with top executives of CoreCivic, the owners of a private prison in Shelby that is at the center of the 2017 special session’s most contentious proposal. CoreCivic is offering to return $30 million in state money set aside for the eventual purchase of the 664-bed prison in exchange for a 10-year renewal on its contract to operate the facility. That contract is up in 2019.

How Montana's Budget Ended Up $200 Million In The Hole

Montana is facing a state budget crisis. The state is projected to have about $200 million less than it needs to fund everything in the budget that lawmakers and the governor agreed to this year. That much is clear, but there's a lot of disagreement about why the $200 million hole is there, and what to do about it.

Today and tomorrow we're going to take a look why the state budget is so far out of whack.