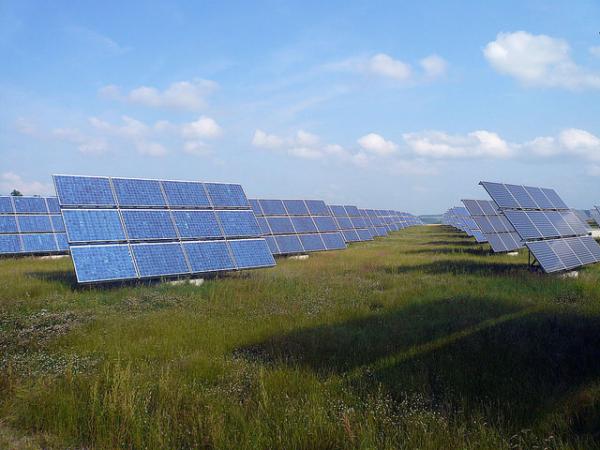 New terms for small solar projects across Montana might have been knowingly set to discourage development. That's based on a conversation caught on a hot mic last week during a mid-session break for a Public Service Commission meeting.

YPR’s Brie Ripley discussed factors at play with a reporter covering the issue, Tom Lutey of the Billings Gazette

Brie Ripley: New terms for small solar projects across Montana might have been knowingly set to discourage development. That's based on a conversation caught last week on a hot mic during a mid-session break for a public service commission meeting. Yesterday I spoke with Billings Gazette reporter Tom Lutey about factors at the center of this issue.

Tom, thanks for taking the time to speak with YPR today.

BR: So first, let's play a clip from that meeting –

“Well, I mean just the rate be updated but,” the first voice says on the recording, before being cut off.

“Are you sure?” a second voice inquires.

“But it’s essentially a five-year rate,” the first voice says. “So it’s… which is, I mean… It’s going to probably kill QF development entirely.”

“Well, the ten-year might do it if the price doesn’t,” the second voice says. “And honestly, at this low price, I can’t imagine anyone’s gonna get into it.”

“No—no one,” the first voice agrees.

“So it becomes a totally moot point because just dropping the rate that much probably took care of the whole thing,” the second voice concedes.

BR: So in this, who's speaking and what are they talking about?

TL: Well the first person speaking is Public Service Commissioner Rate Analyst Neil Templeton. He's on PSC staff. The second person is PSC commissioner Bob Lake. And what they're talking about is what the commission done that morning and what they had done as adjusted rates and contract lengths for small qualifying facilities like solar and wind, but primarily solar.

BR: And they cut those rates dramatically in that meeting last week.

TL: Yes they did cut them dramatically. They cut the rates about 40%. That's sort of what a utility has to pay a small qualifying facility for it's power, and they shortened the contracts considerably. Effectively they shortened them to five years down from 25.

BR: So in your reporting on this, what do we need to know about that meeting to improve our understanding as to what we just heard commissioner Bob Lake and rate analyst Neal Templeton say on that recording?

TL: The federal government requires the terms to be set for these small projects. One of the things the states are required to do was set a rate and a contract length. That basically added some stability for these small producers.

BR: Anything else that we should know, Tom?

TL: Solar up until recently, was not able to make 'em work out because solar was expensive. Solar panels were expensive. What happens between 2013 and really late 2015, early 2016, is the price of solar panels goes way down. Way down. And suddenly, that 66$/MW hour looks very doable for solar, and we start seeing interest in those terms from solar power developers and they start applying to NorthWestern to provide NorthWestern with solar. NorthWestern is not supposed to be able to turn these people down. So all of the sudden these NorthWestern starts seeing these applications, they have basically 100 requests. NorthWestern by the spring of 2016 panics, and they go to the Public Service Commission and they say hey, we need a time-out. We don't need all this electricity. We don't like the terms. We don't like the terms because it's going to mean higher rates for our customers.

So this is what they do. So NW comes in at about late May of 2016 and they say look, we want you to suspend this. Just stop it. Stop. Suspend the terms for these small qualifying facilities.

BR: And then we heard a little bit of inside baseball on that hot mic of what those new terms might actually mean.

TL: Yes exactly. It was an acknowledgement by a commissioner and a PSC staffer that these new terms weren't really workable for solar

BR: And they knew that?

BR: Tom Lutey is a commodities and politics reporter for the Billings Gazette. Thank you for speaking with YPR, Tom.