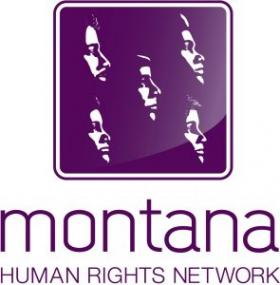 The Montana Human Rights Network says in the weeks after the general election it has seen an increase in the number of hate incidents. That is why the organization created an on-line hate activity reporting tool.

Rachel Carroll Rivas, MHRN’s co-director, says since the election they have received a dozen reports of hate activity. By contrast, that’s what the group normally receives in a year.

She says the incidents have ranged from graffiti using Nazi symbols, hate literature drops, to comments directed to individuals, “Including anti-gay slurs. And for people of color, comments that they are now going to be deported with the election of Donald Trump.”

“In my opinion we are a non-profit organization doing human rights work and so it’s not that we’re taking on their free speech. It’s that we’re using ours to call it out and say that this is not the way to create a welcoming, diverse ,and functioning democratic community, little ‘d’ democratic,” she says.

MHRN’s on-line reporting tool is for victims of hate activity or for those who witnesses or hear such incidents.

The organization has been monitoring such incidents in Montana for over 2 decades. It also challenges bigotry and intolerance.  So what do you do if you are a victim or witness to a hate incident? Carroll Rivas says report it. She says MHRN is been working with other organizations to offer de-escalation trainings for the public. Trainings have already been held in Bozeman and Missoula, she says others are planned and will be posted to their website.

A University of Montana professor who’s been put on a conservative “watchlist” says he’s wary, but won’t be intimidated.

Tobin Miller Shearer teaches history and is director of African American Studies at UM. A couple of weeks ago a colleague emailed him to let him know he’d been put on an online list with dozens of other academics nationwide.

In the wake of Donald Trump’s election last Tuesday, there are numerous reports on the internet of an uptick in election-fueled harassment and intimidation. But's not just the internet, nor just outside of Montana.

A Different Perspective On Race In Flathead Valley

Listen
Listening...
/
5:40
Coverage of a lecture hosted by Love Lives Here, an affiliate of the Montana Human Rights Network, called "Why Black Lives Matter in Montana."

It’s Saturday night. I’m at the Unitarian church in Kalispell with 30 people, and they’re here to talk about racial tolerance in the Flathead Valley. It’s a hard conversation to have, it’s uncomfortable, but most of the people in this room, like Jennifer Stebbins-Han, think it’s important.