Can The Sale of Wildlife Friendly Beef Help Ranchers and Conservationists Get Along? 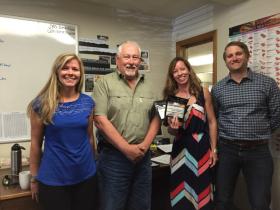 The for-profit arm of APR is paying its neighboring ranchers if they agree to be wildlife friendly.

Some ranchers in central and northeastern Montana resent APR, and its wealthy backers, for buying or leasing their neighbor’s land and turning loose free-roaming bison.

5th generation rancher David Crasco used to be one of those ranchers.

Laura Huggins, the CEO of Wild Sky Beef, remembers her first meeting with Crasco, “He came up to me and said, ‘Hi, you’re my enemy.’ And I said, ‘Are you sure about that? I don’t think I’m your enemy.’”

“At first it was. I used to call them the enemy,” Crasco says laughing.

APR has launched a controversial, ambitious project is to create 3.5 million acres of public and private land that its supporters often call an “American Serengeti.” If successful, it would be larger than Yellowstone National Park. 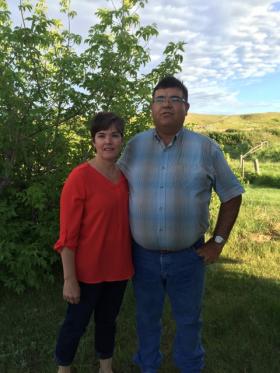 Crasco’s ranch is south of Malta on the Fort Belknap Indian Reservation.

Crasco says he changed his mind after talking with Huggins and another participating rancher on Fort Belknap.

About two years ago, he agreed to let Wild Sky place 5 cameras on his ranch to document mountain lions, bears, and other predators on his land. He receives a check for each photo of a predator.

“It helps my bottom line at the end of the year. I don’t put up my own hay. I buy it all. The money I receive from that business helps buy that hay,” he says.

That money comes from Wild Sky’s sale of grass-fed and finished cattle, raised primarily from outside Montana to customers on the West and East coasts. Huggins says they’re willing to pay more for their steaks branded as “wildlife friendly.”

Cattle Rancher Ron Stoneberg is not interested in joining the program.

“Wild Sky Beef. That’s just a PR smokescreen,” he says. “Because if they were really interested in helping the ranchers they’d quit buying the ranches. It’s as simple as that,” he says. 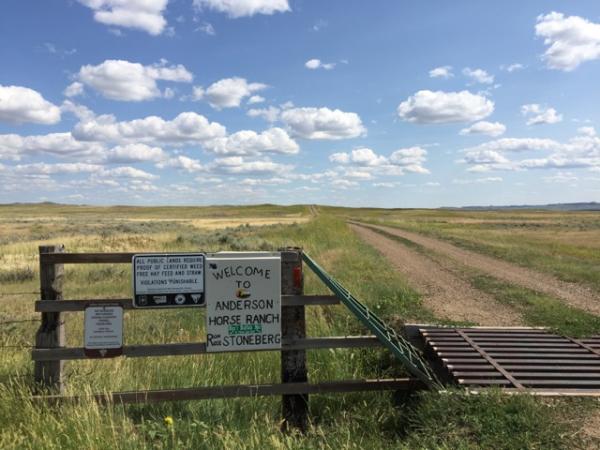 The Anderson Horse ranch is located north of the CMR Wildlife Refuge. This cow-calf operation is bordered on two sides by APR land.

“The coyotes are really a part of our environment here and we find its best to interact with them as individuals because there are specific individuals that will attack calves and it’s a good idea to remove them before they teach anyone else,” she says.

It’s difficult to separate Wild Sky from APR and its bison. Ron Stoneberg, a retired Montana Fish, Wildlife and Parks biologist, says the family is worried about APR’s non-management strategy for its bison. 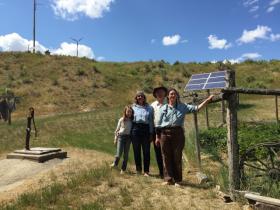 “I want to make sure people understand we’re not anti-bison in any way, shape or form. We’re against free ranging bison,” he says.

Wild Sky’s Laura Huggins says she has not met with the Stoneberg family. She says a lot of times ranchers will say “no.” Huggins says it takes time to earn the trust of ranchers.

“I think the beauty in Wild Sky is we’re not anti-cattle,” she says. “We know there will be ranches up there always and so we want a way to work with the ranchers that want to stay.

Wild Sky wasn’t created to advocate for ranching. Instead, Huggins says it’s to create a wildlife corridor that stretches from APR’s land to the Greater Yellowstone eco-system and eventually the Glacier National Park area. She calls it the Montana Wildlife Triangle.

“These wildlife that live in Montana need really big spaces,” she says.

Huggins says wildlife are trying to move about the land now.

“So if we can expand the wildlife program to bring on a few ranches, say between the Yellowstone Corridor and American Prairie Reserve then we can essentially create stepping stones or safe havens for some of the wildlife trying to move, say to out of Yellowstone to escape the cold winters and make it back to the prairie where they were historically,” Huggins says.

To meet that goal, Wild Sky Beef recently signed up signed up a rancher in the Shields Valley just east of Livingston.

Montana Fish and Wildlife Commissioner Gary Wolfe says wildlife should not be managed like livestock. That’s why he joined the rest of the commission this week in rejecting a proposal to haze diseased elk away from healthy herds.

Environmental groups are suing to force the Obama administration to impose more restrictions on oil and gas drilling, grazing and other activities blamed for the decline of greater sage grouse across the American West.

State officials say the new kinds of forest management tools the Farm Bill gave them are good for both Montana’s forests and the state’s economy. But some environmentalists say those claims are dubious at best.