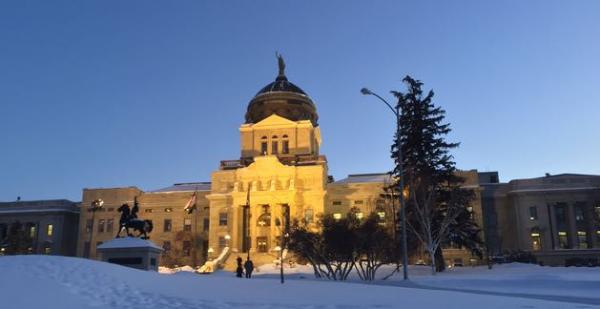 The Republican controlled House Judiciary, on an 11-to-8 party line vote, passed a bill that would ban the application of foreign law in Montana courts. Senate Bill 97 now moves to the House floor for debate.

Representative Shane Morigeau, D-Missoula, spoke against the bill. The attorney and member of the Confederated Salish and Kootenai tribes it would negatively impact tribal members because they are citizens of their tribe, the state, and the U.S.

“I believe that the bill would bring into question the common international legal agreements that many of our tribal members may have, such as the Blackfeet Tribe,” he said because the Blackfeet’s historical lands cross the U.S.-Canada border. “So I think it would have a disproportionate effect on native people in that regard. We (CSKT) also have the Kootenai tribe which also crosses borders with Canada.”

Morigeau said the bill’s sponsor, Senator Keith Regier, made a good faith effort to exempt tribes, but he said there are unintended consequences from this bill challenges could still be brought forward.

Republican Representative Seth Berglee, R-Joliet, didn’t think tribes would be affected and he pointed to language in SB 97 that specifically exempts tribes. But he said he was told of instances where people outside Montana are trying to get the courts to enforce foreign laws.

“It might not be a problem in Montana but we make prospective laws all the time. So I think this is a good bill,” Berglee said.

During the hearings for Senate Bill 97, proponents and opponents sometimes referred to this measure as the “Sharia law” bill. Opponents said the bill furthered an anti-Muslim sentiment.  Proponents worried Sharia law would be offered as a defense to abuse women or marry minors.

The bill’s sponsor insists his intent is to protect the fundamental liberties of all Americans by banning foreign laws from being used in state courts.

SB 97 now goes to the full House for debate. If it passes, it would go to the Governor for consideration.

This week our topics from the 2017 Montana Legislature are:  coal and prohibiting state courts from considering foreign laws.