Montana’s general big game season is over and a check station for north-central Montana in Augusta reports the fewest hunters through the station in 30 years and the second lowest harvest of animals in the last 40 years.

That counters the trend for the rest of the region where cold and snowy weather this November helped many hunting check stations across western Montana post bigger harvests than last year.

Wildlife biologist Brent Lonner has managed the Augusta station for 17 years and said it was only possible to speculate why hunters failed to turn up, given favorable conditions.

“The big question I have is, we’ve had back to back years now where it’s been historic lows, at least recent historic lows. Is this a trend now that we’re going to start seeing, or is this kind of a blip?”

Check stations represent only a sample of the harvest, not the complete number of animals taken. Montana Fish, Wildlife and Parks will conduct telephone hunter surveys over the coming months to get more data on this year's harvest. 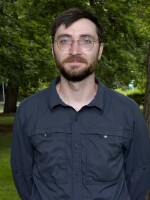