The dinner-as-improv started with Greg and Dorothy Patent's ongoing conversations about the nutritional benefits of beans. When Greg discovered some dried brown mystery-beans in the cupboard and decided to cook them, an ad hoc meal developed.  You, too, can improvise a main dish based on a staple ingredient. Here's how Greg's version came together.

Greg filled a large pot with water, put in the beans, and let them sit overnight. The next day, he drained the old water, added fresh water and cooked the beans until they were tender, leaving them in the water for the remainder of the day. Meanwhile, Greg and Dorothy raided their fridge and found some long green peppers from their CSA, (sweet, as it turned out - Dorothy tasted the tips to make sure they weren't hot), which they seeded and diced.

Next, they chopped up five cloves of garlic, half a yellow onion, and a zucchini. Greg blanched some tomatoes, removed the skins and chopped them up. More blanching ensued as they searched the fridge and found beet greens and chard that needed to be used.

Heating up olive oil in a skillet, they added the onions and peppers, the garlic and zucchini. Greg added tomatoes and greens, and after tasting, his plans changed course. This combination, he decided, tasted like a Mediterranean meal, not the Indian one he'd originally envisioned. He added dried herbs and leftover marinara sauce. After stirring, the beans joined the rest. After another ten minutes of heating, dinner was served.

All of that because Greg wanted to cook beans. So whatever's in the fridge, try improvising. You might be pleasantly surprised. 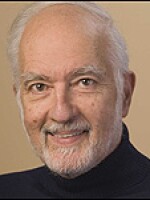 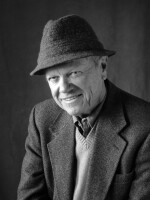